Mark and Tricia Haynes are the proud parents of seven children.

Mark was saved at the age of nine through the ministry of Grace Baptist Church in Middletown, Ohio, where Dr. Howard Sears was his pastor. Mark surrendered to preach as a freshman in high school. After Bible College and 15 years in four different churches as an assistant pastor, Mark surrendered to go to Navajoland in 1994.

Tricia was saved at age seven through the ministry of the old West Side Baptist Church on Garfield Street in San Angelo, Texas. Bro. R.L. Denton was her pastor. Bro. Denton encouraged Tricia to play the organ and that led to her continuing  development in the ministry of music. Tricia and Mark were married on June 7, 1977, in San Angelo. 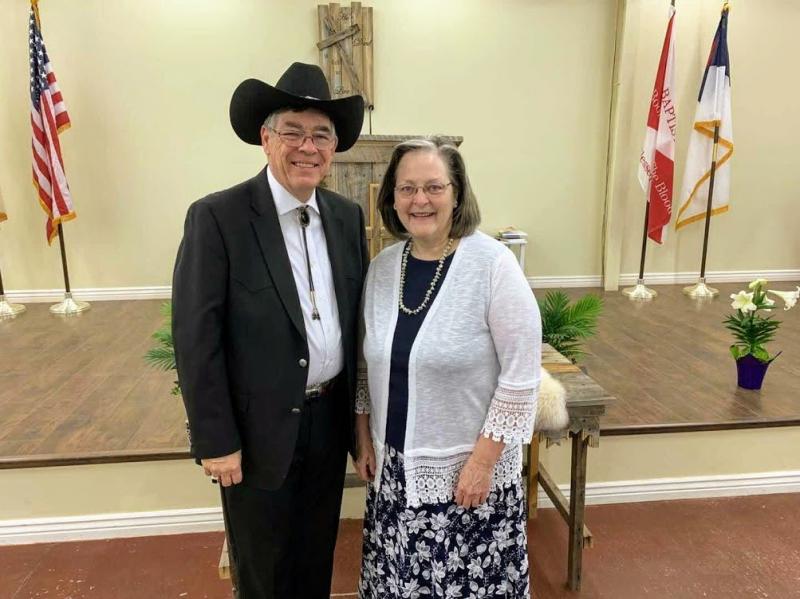 Matt and Apryl Haynes are English teachers in Iraqi Kurdistan. They enjoy living among the people there and are learning the Kurdish language while they are teaching.

Nick and Michaela are the proud parents of four wonderful children: Jerusha (our oldest grandchild), Jeshurun, Abishai, and Damaris. The family has faithfully served as missionaries in a closed country for nearly 15 years.

Caleb is in law enforcement with a North Texas agency.

Tirzah graduated from the  Nursing Program at Northland Pioneer College in Winslow, Arizona. She took a medical missions trip to the Amazon in July of 2017.

Tirzah taught a Sunday School class for many years. She also taught in the Children's Church ministry and sang in the church choir.

Chris and Tirzah are the proud parents of twins, Nathanael Edward and Naomi Tirzah! They were born on September 10, 2019. They were blessed with a third child on December 7, 2021 when they welcomed Nehemiah Christopher Cowan into the world.

Keturah (26) was currently involved in many different aspects of the ministry in Ganado. She worked in the Children's Church and sang in the Choir.

Keturah graduated from Faith Bible Institute in our church. She finished her High School work while in China.

Keturah married Jason Humada on August 22, 2020. It was a lovely wedding and the gospel was preached and folks were saved.

Jason and Keturah recently moved to Belen, New Mexico. She works in a local bank while Jason works for a pest control company out of Albuquerque. They are members of True Light Baptist Church in Los Lunas where Bro. Matthew Wooten is the pastor.

Joel and Fabiola Haynes are missionaries to the Navajo Nation. They are sent out of our home church, Trinity Baptist Church of Arlington, Texas.

Joel and Fabi started a church in the community of Nazlini, about 20 miles north of Ganado. The start date for this new work was July 29, 2012. In August of 2015, this work was turned over to a Navajo pastor, Bro. Fernando Jones. Joel also helped us with the launch of Ganado Baptist Bible College, which began in August of 2012.  Joel and Fabi have started a new work in the community of Pinon called Strong Hold Baptist Church. They also planted Chambers Baptist Church in Chambers, Arizona. Feel free to visit Joel's website to learn more about the ministry God has called them to do.

Esther and David were married on March 29, 2014. David's family are longtime members of our home church in Arlington and are wonderful people.

Esther  graduated as Valedictorian from Trinity Baptist Bible College in May of 2013 where she majored in Secretarial Science.

While growing up on the Reservation, Esther was active in many aspects of the work. She assisted in Sunday School and sang often with her mom and sister. She was a special education assistant for two years in the Ganado Unified School District.  She was also a martial arts instructor.

Esther and David are now living in Chambers, Arizona, where David is the Pastor at Chambers Baptist Church.

They were blessed with a beautiful baby girl on December 19, 2017. Her name is Adelynn Soledad Moncibaiz.